On the bright side, it doesn’t take nearly as long to clear the snow off all the cars on the lot after a storm. 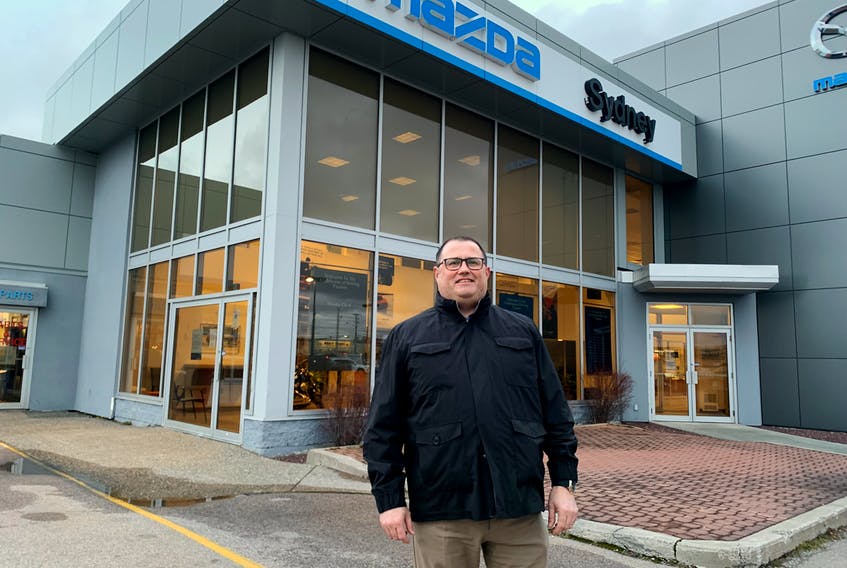 Flooding in British Columbia in November and December and a pandemic-ravaged supply chain mean Mike Perry, owner of Sydney Mazda, has two new cars for sale. Two, where there would normally be 120.

“Mazda was making inroads with getting our inventory supply back up to where it should be, or somewhere close to it, but then stuff happened in B.C.,” Perry said. “Because our cars are built in Japan and come in through B.C, they had a massive impact on the flow of our inventory. Normally cars land in B.C. and it takes 10 to 12 business days for them to land on my lot once they leave port. It’s been seven, eight weeks now.”

Perry said it’s hard to gauge when a light might show at the end of the tunnel. He won’t even know until February the status of the cars he was expecting for January.

“Japan doesn’t know how many cars they can build…so some of my allocation may get taken back, which has happened several times already, and it gets redispersed,” he said. “Say Canada was allocated 5,000 cars, well Mazda could take back 4,000 of them and disperse them to markets around the world.”

Parts also go through Vancouver, resulting in similar shortages and delays, although Perry received word this week that “a bunch” of containers of parts had gotten as far as Toronto.

On the bright side, there’s lots of room for social distancing in Sydney Mazda’s 28,000-square-foot building and there’s been no impact on staffing, since “the shortage of new cars has drastically increased the price of used cars.”

There were layoffs at the beginning of the pandemic, but only briefly.

“At the onset of COVID, business dipped drastically for a month or a month and a half, but ultimately at the end of 2019 we ended up having a half-decent year,” Perry said. “2020 was up over ’18 and ’19, and 2021 was up over all of it. So, we were trending in the right direction until about August, September, is when our troubles started to brew.”

Saint John to the rescue

Things are slightly more normal at Forbes Kia in Bridgewater, where owner Ivan Forbes said most Kia vehicles that arrive in Nova Scotia from Korea come through Saint John.

“They used to come through Halifax, but they changed from CN to CP Rail and CP just happens to go into Saint John,” said Forbes. “They come through Vancouver, some models, and some models come up from Georgia through the United States, and some come from Mexico.”

Forbes said demand has remained fairly steady, and while the manufacturer has been able to accurately predict when new stock will arrive, the global logistics foul-up is having an effect.

“Some are longer than others and some are unattainable until a later date,” he said. “For instance, our Carnivals, our vans, we won’t see those until April or May. You can order one, but you won’t get a serial number until that time.”

Forbes thinks the root of the problem is getting parts to the plants. He has intentionally kept one of each model in stock so a customer can at least come in and look at it.

“It may not be the trim they want, but at least I have one,” he said. “Based on the trim, or what car it is, they take about a couple of weeks longer than they normally would if I had ordered it two years ago.