Sydney Mazda is proud to help the Quinlan Family with their Annual Coats for Kids Drive! 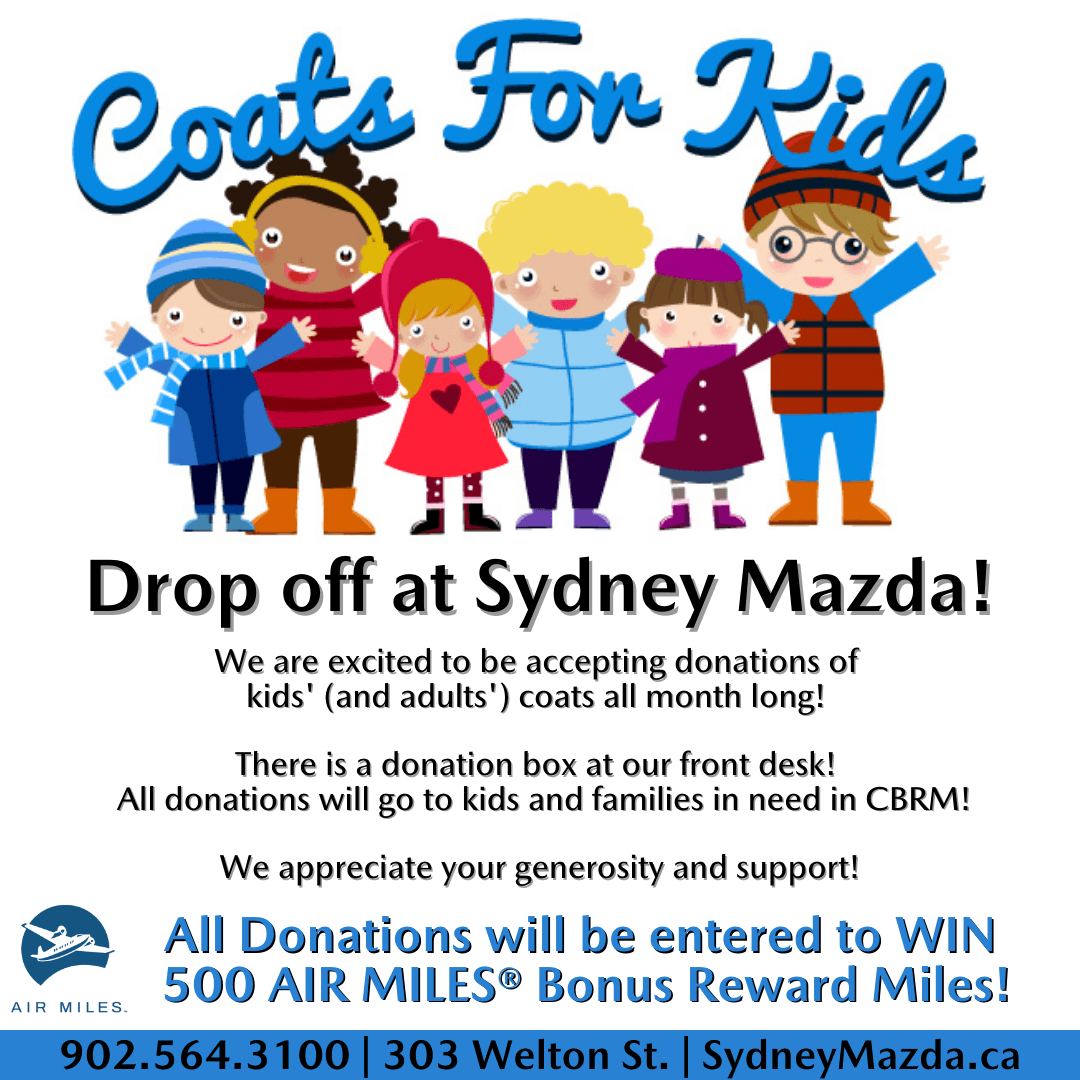 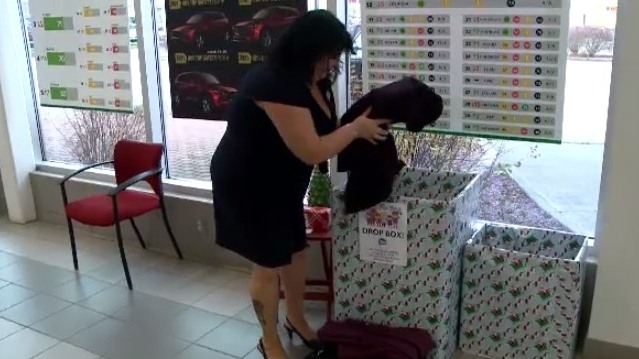 SYDNEY –Trevor Quinlan has been a part of the Coats for Kids fundraiser in Sydney, N.S. for 23 years.

At the age of eight, Quinlan and his father, Kevin, started collecting coats for children in need at Christmas – a cause they dubbed Coats for Kids.

In years past, the jackets were gathered during the annual Santa Claus parade in Sydney. But this year, that isn’t an option after the parade was canceled due to the ongoing COVID-19 pandemic.

“We kind of had to think outside of the box this year, and come up with an alternative plan,” Quinlan said. “Unfortunately, because of COVID and the guidelines this year – along with last year – the city is no longer able to have the parade this year.”

Melanie Sampson, a salesperson at Sydney Mazda, says the staff there are bringing in coats – for kids and adults – to help out a cause that has helped so many others in the community over the years.

“I couldn’t even picture a little one going and being cold throughout the winter,” Sampson said. “So, many people have so many used coats at home. Dig into your closets. Just help out. Don’t throw them away. Give them to someone who needs them.”

Quinlan’s father passed away in a workplace accident 16 years ago. Since then, Coats for Kids has been a charitable cause in Kevin’s memory – a reason Quinlan continues the giving tradition.

“My father and I started it when I was a young age. So, it is quite close to my heart,” Quinlan said.

Quinlan says at the parades, they would typically get between 500 and 1,000 coats each year. Despite this year’s challenges, he hopes to get as close to that amount as he can.

“The need is still out there, regardless of if the parade is there or not,” Quinlan said. “So, it’s really important to help those people that really need those jackets.”

Drop off locations in CBRM include most libraries, City Hall, the Cape Breton Regional Hospital cafeteria and the South End Community Centre – And Sydney Mazda!

Drop off spots in HRM include the IWK, and the emergency department at the Halifax Infirmary.